There could be surprising findings in Troy: Excavation head 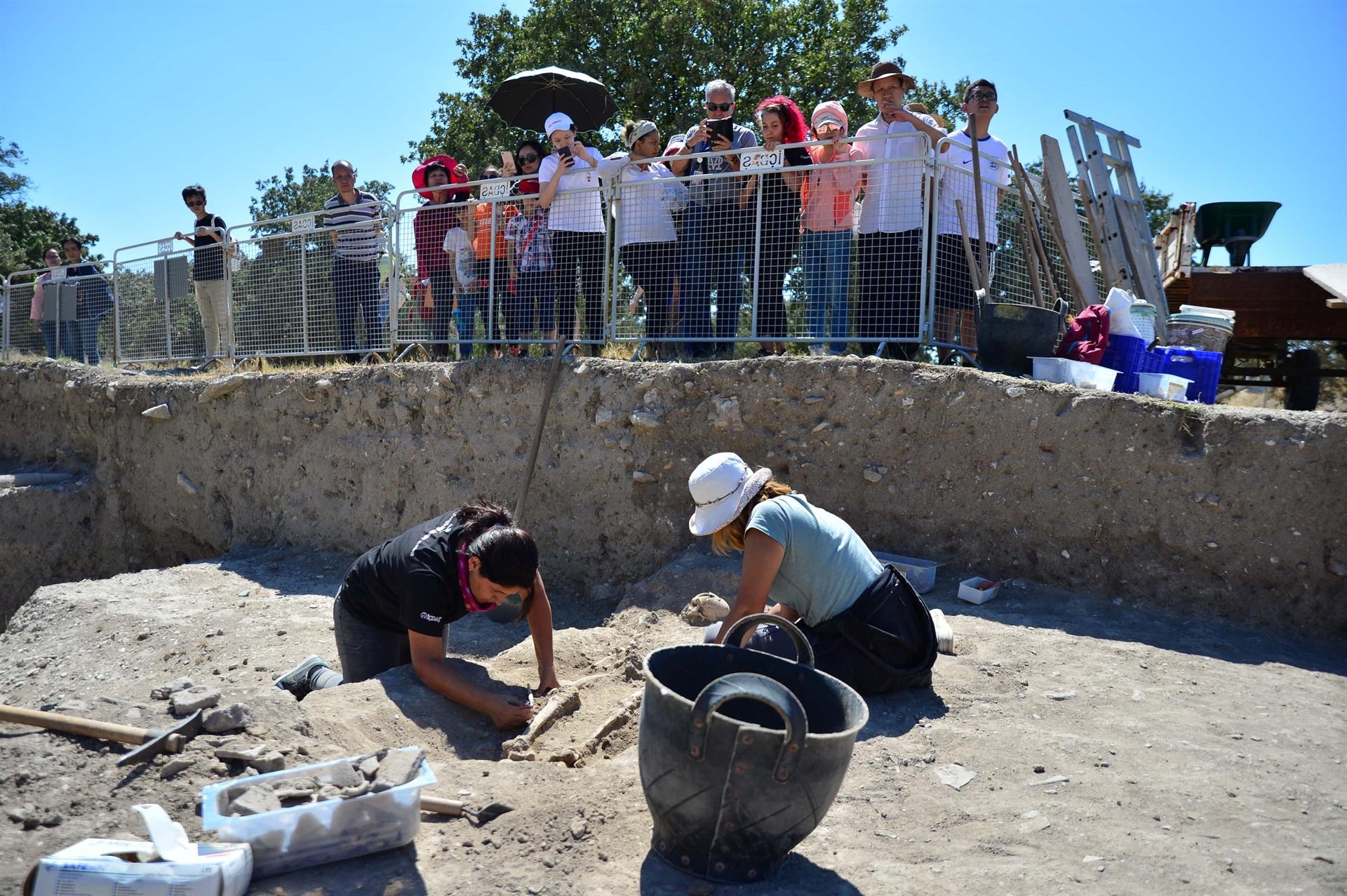 The opening of the Troy Museum this month can exert an ethical pressure for the return of ancient artefacts that have been smuggled from this legendary city, according to the head of the Troy excavations. While the museum will exhibit unique artefacts, the ongoing excavations have inspired hope for some new discoveries. “We are expecting some surprising findings,” Professor Rüstem Aslan has said.

Q: What makes Troy so special among other similar sites in the world?

A: Troy is important because it has a written legacy. It is the setting for Homer’s Iliad, in which he recounts the Trojan War. The Iliad and the Odyssey legends are one of the most important pillars of European cultural history. The quest for whether there might be a place called Troy and the quest for its location makes Troy a turning point for archeology to become a science.

Q: Tell us about the latest stage in the ongoing excavations.

A: This is the first place in Anatolia for prehistoric excavation. It started at around 1863 with Frank Calvert and continued with Heinrich Schliemann from 1871 to 1890. His work was continued by Wilhelm Dörfpfeld. Then Carl Blegen undertook in the 1930’s, the most modern excavation works of his time. And 50 years later, in 1988, Manfred Osman Korfmann started excavations in 1988 that went on until 2005.

But archeology is not limited to excavations, because an archeological excavation is in a way a damaging activity. Archeology is also about working on the previous findings, protecting the site and making the site understandable to the visitors with a museum.

Our work rather focuses on these dimensions. Obviously we do excavation works too. We have especially important architectural discoveries about the last Bronze Age in Troy. We have some expectations. We might come up with some surprising artefacts by next year.

Q: What can you tell us about your three-decade-old journey with Troy?

A: I think Turkey is a cultural superpower, because Anatolia hosted important turning points in the world’s cultural legacy in the process of what has made man a human. The transition to sedentary life, metal technology and urbanization has taken place in Turkish lands. We can see those traces, and Troy is one of them.

But looking back to the past five years, the most important thing is the work of the Culture and Tourism Ministry to set up the museum. It will open this month. It is very important, because as was said by Korfmann the artefacts have to be exhibited in the lands where they were unearthed.

Following the excavations in the 19th century the artefacts of Troy have been dispersed to nearly 50 collections in seven different countries.

Troy Museum will first and foremost get all the artefacts in Turkey under one roof. It will provide a better understanding to visitors about the place they have seen. And this might sound utopic but it really is not: It might provide an opportunity for the dispersed artefacts all over the world to be exhibited under one roof. This could be a starting point.

Q: Are you expecting some goodwill from those who have artefacts from Troy?

A: There are some legal processes. Obviously we cannot solve some problems dating to the 19th century. But what we can do is give a message with Troy Museum to the world. We can exert an ethical pressure that what’s right is for the artefacts to be exhibited in the lands where they were unearthed. This might open the way for the exhibition of artefacts of Troyin the museum.

Q: Why have they been dispersed to so many collections? We rather know the famous Treasure of Priam which has been smuggled by Schliemann and ended up in Pushkin Museum after Germany.

A: There is Calvert’s collection. The majority is in the Çanakkale Museum, but he sold some of them abroad. Schliemann has taken many and gave some of them as presents. And then there are some which we do not know how they were smuggled. The legal processes are continuing. But for some like the Treasure of Priam, the fact that it was brought to Russia after World War Two makes things more complicated. Korfmann used to say that Troycould give a message of peace in culture. Museums and countries can agree for artefacts to be exhibited in their original places.

Q: In your view, to what degree does the legend overlap with the findings of Troy?

Homer’s legends add a mythological aura around Troy and that’s what makes Troy so attractive. Troy is one of the cities which hosted the deepest traces of the world’s cultural heritage like Rome, Jerusalem and Istanbul.

Q: Until you, the heads of the excavations were all foreign. What does this tell us?

A: It certainly does not tell us that the Ottoman state was not giving importance to archeological cultural ruins. At least it is not proof of that.

A: First of all, a decree was issued in 1873 about the protection of ancient artefacts. When Osman Hamdi became the director in 1882 he opened a big museum at a time when the Ottomans were witnessing political and economic hardships. There is also the legal struggle the Ottoman state faced in Athens (the first stop of Priam’s Treasure) to get back the Priam’s Treasure. Has that been enough? Not really. But after the establishment of the Turkish Republic, Atatürk sent abroad scholars who have earned international prominence to Turkish Archeology, like Halet Çambel and Ekrem Akurgal.

Our excavation is an international one and a multidisciplinary one. Turkish archeology has developed in a very speedy pace and became very dynamic in the course of these past decades. The fact that a museum is being constructed and designed to host Troy findings is also a clear sign of how Turkey is giving such importance to the site.

Q: How is the level of interest in terms of visitors?

A: When I first came in 1988, when Korfmann started his excavations, it was just ruins. There were around 15,000 to 20,000 visitors yearly. Visitors used to walk atop the ancient stones. We have seen the number of visitors rise especially during Korfmann’s period due to excavations, restauration and information work. The big exhibition in 2001 in Berlin and the Hollywood movie have had huge impacts. In 2005 we reached 500,000 visitors.

The negative developments reflected themselves on Troy as well, but in the worst of times the number of visitors has not gone below 300,000.

I think this year we might see a record number of visitors. The fact that the Culture and Tourism Ministry declared 2018 “Year of Troy” to mark the 20th anniversary of its entry to the UNESCO cultural heritage list has played an important role as well. The opening of the museum will be an important turning point. Very unique artefacts on Troy will be exhibited in the museum, including the Polyxena sarcophagus.

The village next door is turning into an archeo–village, which will increase interaction between tourists and locals.

Q: Are you not concerned that the number of visitors rising could be damaging for the site?

A: It could be concerning. But we have constructed a pathway through the sites which will also enable visitors with disabilities as well as parents with prams to stroll around. All this is being done to alleviate these concerns.

Who is Rüstem Aslan?

He completed his postgraduate degrees on Troy in Germany’s Tübingen University under the supervision of Korfmann.

Since 1988, in addition to the archeological works he conducted across Anatolia, he uninterruptedly attended the Troy excavations. He became the deputy head of the excavations after Korfmann’s death in 2005. Since 2013, he has been the head of the Troyexcavations.

Aslan, who is currently working with the Çanakkale 18th March University, has various books on Troy, the last of which was published this year in Turkey, called “Troy for Beginners.” 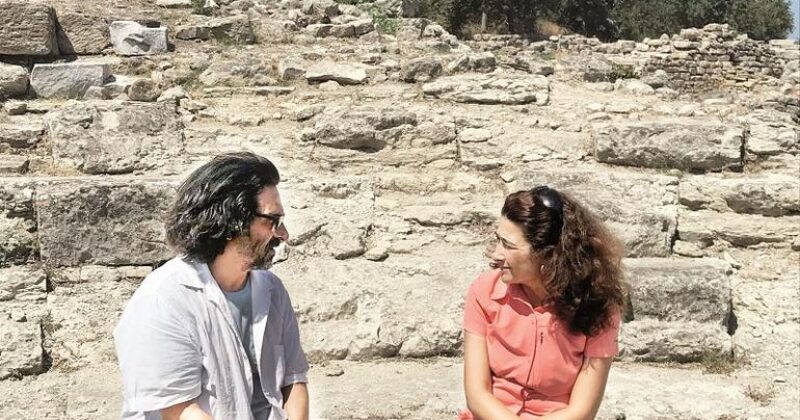 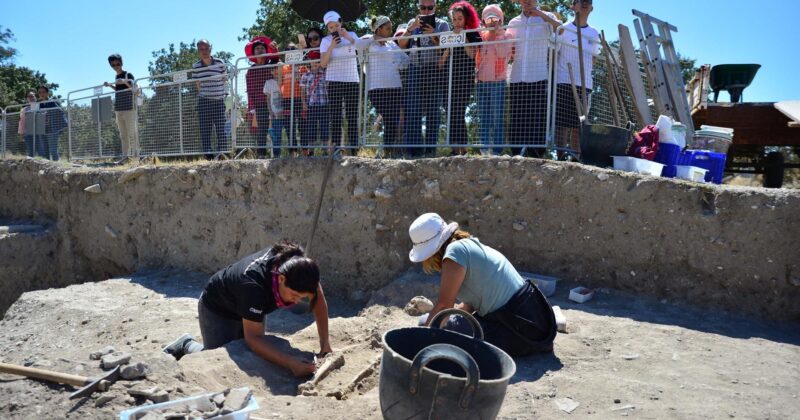 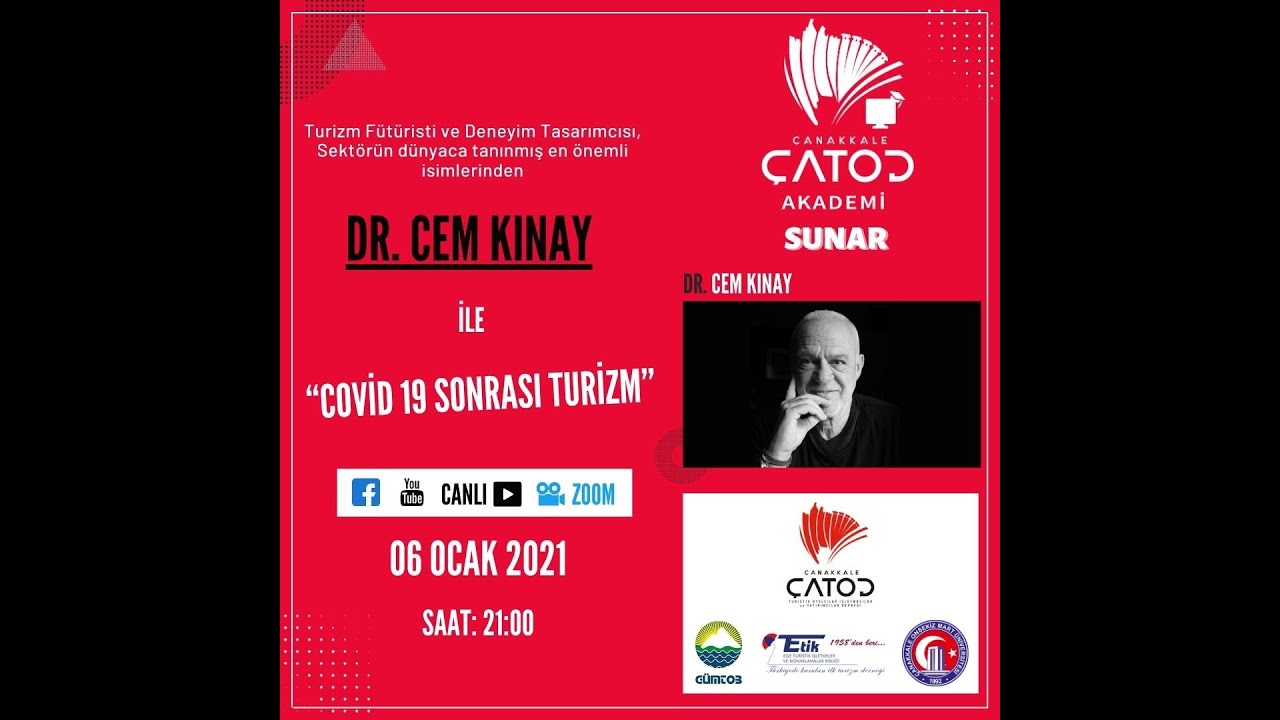 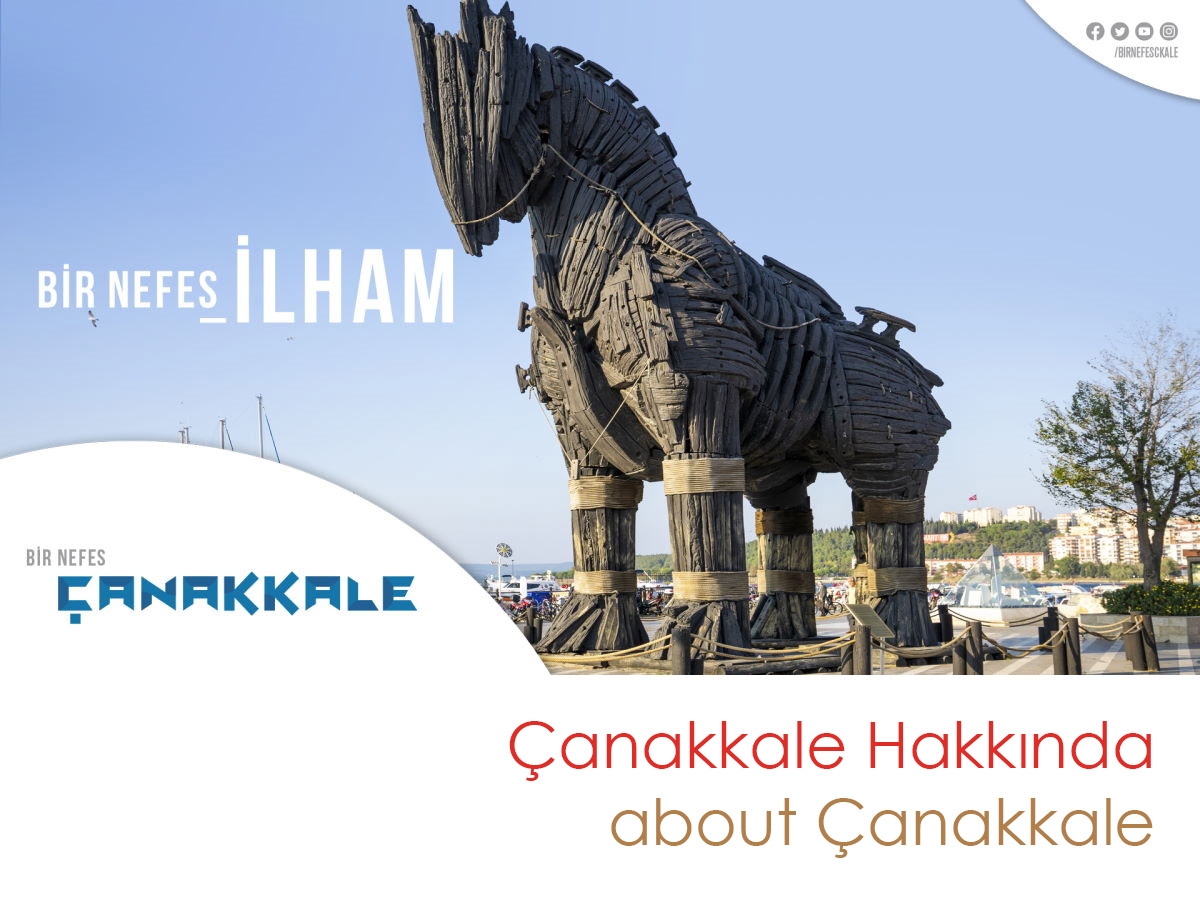 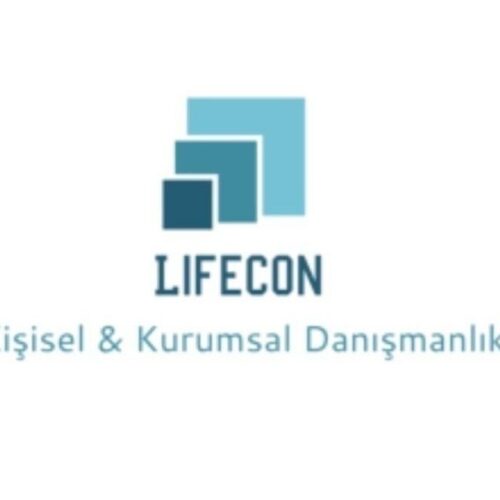 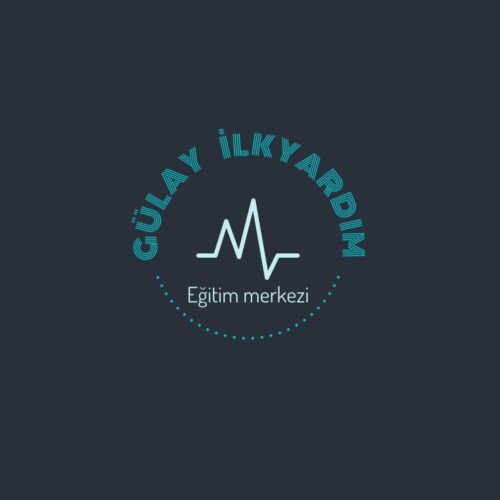 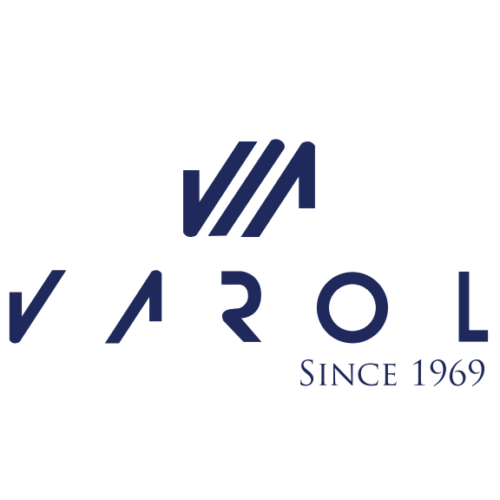 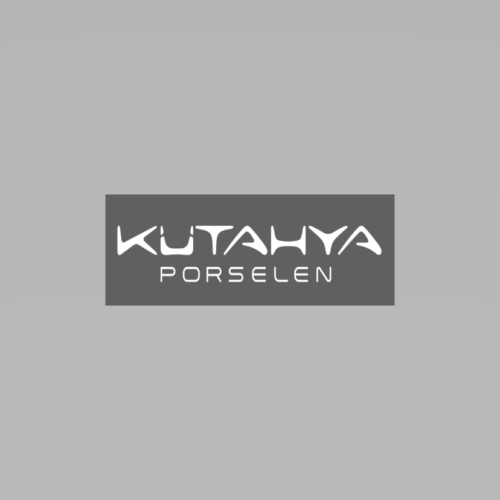 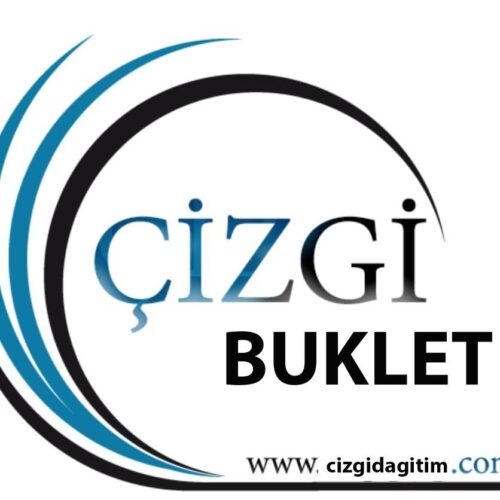 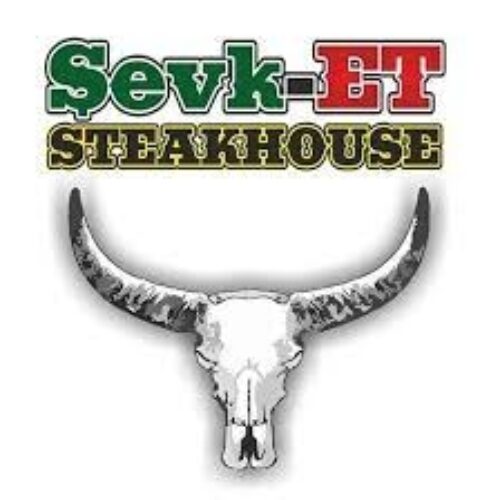 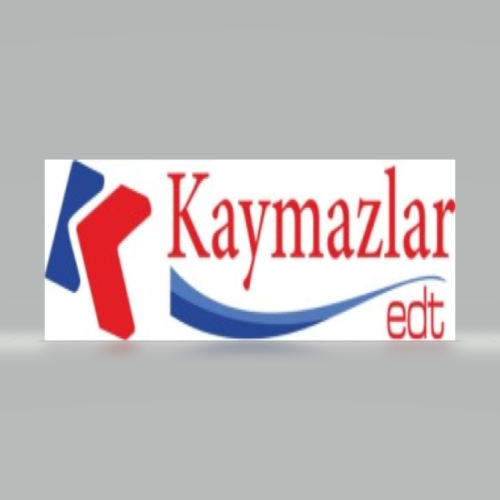 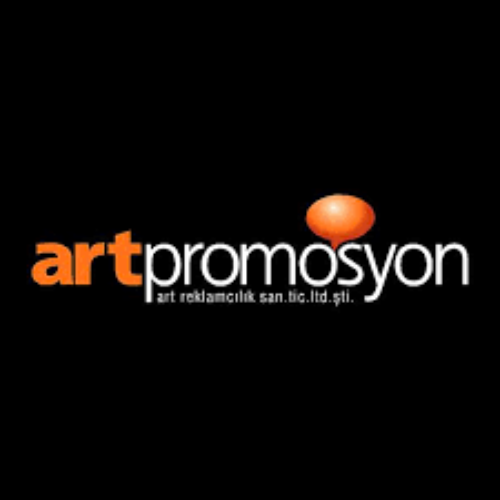